This is legit one of my favourite Holidays…(yes I consider a day of pulling immature pranks on people a holiday).  So in honour of years of being that super annoying person who thrives on days like this, here are a few of my favourite April Fools moments.

This was one I pulled off last year.  My brother Brett and my husband Jeremy and I were hanging out at home.  The boys were having a few beers, and I was getting ready for showtime on a trick I had been planning and working on for a week.  Earlier that day, I had googled the phone number to the local zoo, and called to make sure a live person answered.  I then reminded my brother Brett of the ‘interview’ he had with a sports radio show.  I had mentioned this a few times the week before so he wouldn’t be suspicious of an interview all of a sudden happening on April Fool’s.  Finally, the time was right.  I dialed the number in my phone, and wrote down the name of Brett’s ‘interviewer’, Mr. Ostrich.  I put the piece of paper with the interviewer’s name down in front of Brett, dialed the number, and sat back trying not to pee my pants laughing.  Sure enough, the lady at the zoo answered, and Brett (in his most professional voice) had the following conversation:

Brett– Hello, can I speak with Mr. Ostrich

Brett– Is this the radio station?

Brett then looked at me realizing he was asking the woman at the zoo to speak with Mr. Ostrich for an interview, and she clearly thought he was crazy.

By this time, I had tears streaming down my face laughing… I wish I had videoed it.  It was gold.

This one really wasn’t very creative, or exciting.  I taped Jeremy’s car keys over and over with masking tape.  That’s basically it.  Probably the most annoying thing someone can do.  I still sat and laughed while he angrily tried to undo my trap. 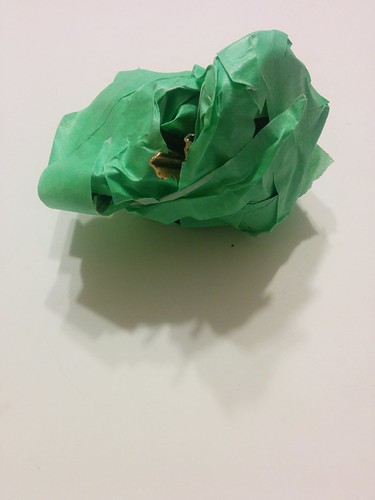 This one didn’t quite go as well as I thought it would.  I tried to saran wrap the toilet seat so that when Jeremy went to use the bathroom in the morning, he would get a wet surprise on his legs.  The problem is, I didn’t think ahead to check if we had saran wrap, and to my dismay, I realized I only had Press&Seal.  Now, most people would have given up on this one, but not me.  I’m not a quitter.  I secured the beige coloured press&seal to the toilet, and although it was clearly obvious that there was something there, I still felt proud of my attempt.  He spotted the press&seal immediately, tore it off, threw it out, and continued to use the bathroom.  This one was a dud.  Note to self, check props BEFORE April 1st. 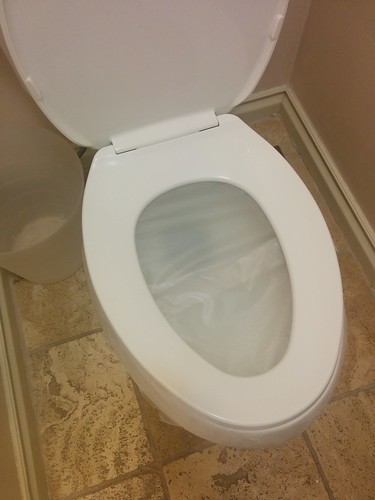 My all time favourite.  I waited until Jeremy was asleep, and pulled out my trusty liquid eye liner.  Originally I had wanted to use permanent marker, but he had a game the next day, and I figured he would probably murder me if I took it that far, so liquid liner it was.  Once Jeremy was sound asleep (I can tell by the volume of his snoring) I pulled out my weapon, and went to town painting his face.  I had a glorious time, and felt very artistic.  Once I was finished, I hid the evidence back in my make up bag, and sat and waited for the next 5 hours for him to wake up.  The anticipation was killing me.  Let me tell you, the look on his face when he saw himself in the mirror the next day was the proudest I have ever felt of myself.  He had NO idea what had happened, why it happened, or who would do this.  From that moment on, he knew who he was dealing with, and just what I was capable of pulling off on this wonderful day.

Long story short, I showed a leek (vegetable) in the toilet, and then ran out screaming that ‘THERE IS A LEAK IN THE TOILET!  HURRY!!!”.  He was less than impressed or amused to see that I had shoved a giant leek in the toilet, but in the end, I thought it was a solid effort on my part.  I actually had to go out and buy the leek… like who buys leeks? These are just a few of my favourites.  I’m busy planning what I will do today.  It will be harder because he is in Sweden, and I am in Canada, but I am sure I will come up with something.

What are your favourite pranks?  Any ideas for a long distance April Fool?  Comment below! … to eat a large pizza tonight! Ashley, Me, Myself & I, Pregnancy
Why I love Pampers Ashley, Me, Myself & I, Pregnancy
Happy Mother’s Day

Me, Myself & I
Earth Day Friday!